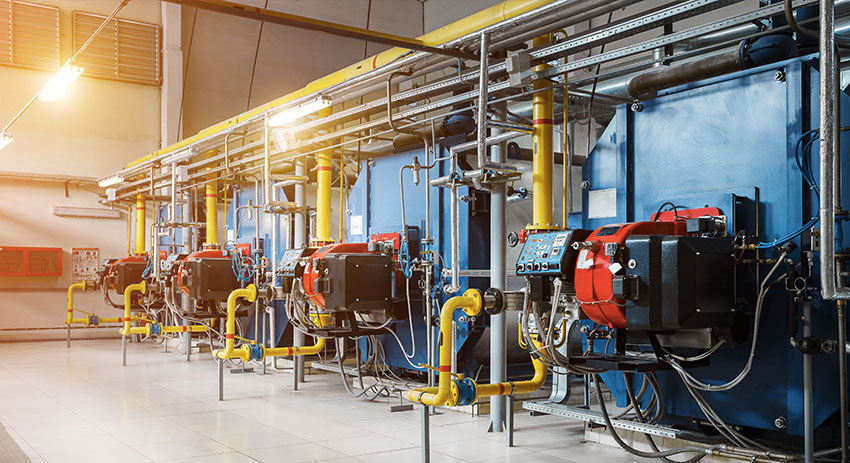 The information technology revolution has brought significant changes to many industries, including manufacturing which depends heavily on industrial control systems (ICS) for monitoring its operations. As a result, ICS has evolved drastically in terms of connectivity.

This has also resulted in the rise of cyberattacks in the manufacturing sector. Let's understand how we can ensure security for these systems.

What is an industrial control system?

Industrial control systems are an integration of hardware and software to monitor complex manufacturing processes that support critical infrastructure, such as power, transport, wastewater, etc.

Advancement in wireless networking and smart sensor technology has made it desirable to bank upon the benefits of convergence between operational and information technology.

Because these systems are used for critical industries, any downtime in operations can result in significant loss of revenue and brand damage from discontented customers.

In fact, downtime or denial of service (DoS) in critical infrastructure can cause a blockage in the delivery of key services that are essential for people. In extreme cases, this could even result in loss of life.

Use of industrial control systems

Industrial controls systems are not immune to cyberattacks and the resulting damage and/or downtime from such attacks.

One of the recent attacks that exposed the vulnerability of these systems was the Stuxnet worm used to harm Iran’s nuclear program. In addition to exploiting some Windows 0-day flaws, here's what all this malware could infiltrate:

While the operators could see that everything was operating normally, the worm's impact was throwing the actual behavior of the centrifuges out of tolerance, leading to massive damage before they discovered the cause.

It’s clear, from this example, that protecting data integrity is critical for industrial control systems and that security measures play a key part in accomplishing this goal.

Recent surveys by FireEye and Forrester indicate that these systems are increasingly under attack and that the current state of security in these systems is generally poor.

More and more, industrial control systems are being connected to the Internet of Things and exchanging data with the cloud. The traditionally-isolated operational technology (OT) networks employed by these systems are increasingly leveraging IP-based networking technologies and connecting to IT networks and the cloud for remote control and monitoring.

System component providers are riding the Industrial IoT wave and supporting many of the IP-based messaging protocols (such as MQTT, XMPP, AMQP, Thread, HyperCat, ZigBee, Pub/Sub) even though they are operating on isolated operational technology networks.

As such, the attack surface broadens and the security implications must be carefully examined.

Drawing from the insights of experts in industrial automation and control systems (IACS), the ISA developed a series of standards (ISA/IEC 62443) to identify and mitigate security vulnerabilities.

Overview of the ISA/IEC 62443 security standard

ANSI/ISA 62443 is a series of standards, technical reports, and related information, the primary goal of which “is to provide a flexible framework that facilitates addressing current and future vulnerabilities in IACS and applying necessary mitigations in a systematic, defensible manner. It is important to understand that the intention of the ISA‑62443 series is to build extensions to enterprise security that adapt the requirements for business IT systems and combines them with the unique requirements for strong availability needed by IACS.”

The series is organized into four main categories:

When it comes to the software development life cycle (SDLC) for industrial control systems, the following parts of the standard define the security requirements in detail:

There's another alternative framework to ISA 62443 — NIST Special Publication 800–82. This was developed by NIST under the Federal Information Security Modernization Act (FISMA) of 2014.

NIST Special Publication 800–82 is a guide to ensuring security for industrial control systems. As stated in the SP 800–82 executive summary, it can be considered an ‘overlay’ to SP 800–53:

“The National Institute of Standards and Technology (NIST), in cooperation with the public and private sector ICS community, has developed specific guidance on the application of the security controls in NIST Special Publication (SP) 800–53 Revision 4, Security and Privacy Controls for Federal Information Systems and Organizations [22], to ICS. While many controls in Appendix F of NIST SP 800–53 are applicable to ICS as written, many controls require ICS-specific interpretation and/or augmentation…”

In fact, NIST SP 800–82 refers to many other NIST special publications throughout the document and then goes on to provide the “ICS-specific Recommendations and Guidance” in each case.

For example, Section 6 of the standard covers the application of security controls to ICS in the context of the NIST RMF (Categorize, Select, Implement, Assess, Authorize, Monitor) and SP 800–53 controls.

Why security policies are essential?

Beyond the actual coding, testing, and deployment of systems and software, there are the policies and procedures related to the control system lifecycle. The lack of a security policy itself can introduce vulnerabilities and predisposing conditions for industrial control systems.

Both ISA/IEC 62443 and NIST SP 800–82 cover the topic of policies and procedures in-depth, but each takes slightly different approaches.

The 62443–2 category is dedicated to this topic and is broken up into four subparts that all speak mostly in terms of building a cybersecurity management system that is relevant for IACS environments.

Appendix G covers the list of recommended controls and, in essence, recommends to have documented security policies and procedures for each control family (an overlay of SP 800–53) in the standard.

Which ICS security framework is right for you?

Both the ISA/IEC 62443 and NIST SP 800–82 standards are comprehensive in their coverage and guidance for ICS security.

Although there are other security standards, initiatives, and recommended practices in this space, these two frameworks are the most well-known and adopted.

Since connected systems are always prone to new threats, a multi-faceted approach is required to address the varying threats. Following a security framework can help guide organizations into such a holistic approach.

In many cases, the selection of a framework will depend on the industry and associated regulatory drivers that may call for a specific framework. The public sector, for example, is generally required to follow the NIST standards.

The main thing is to select and execute on one of the standards because to do nothing is a recipe for disaster. Whatever framework you choose, it is good to be familiar with both , as each framework provides a wealth of information about protecting industrial control systems.